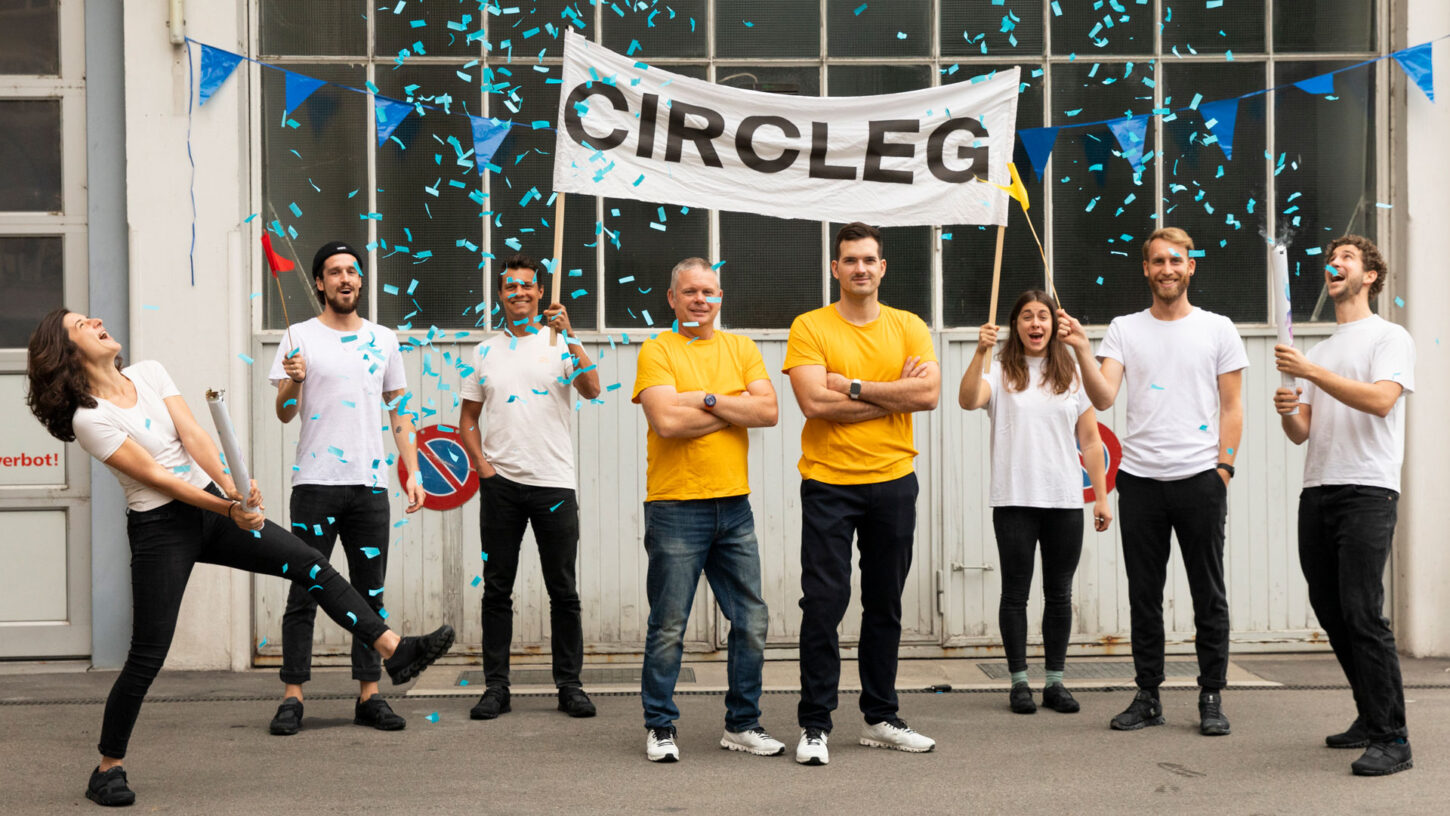 In November 2020 we won the prosthetic leg race at the Cybathlon Global Edition. We would like to take this moment to review this extraordinary event, to report what the victory has brought for us, to give a deeper insight into the concept of the Cybathlon and to talk about the just communicated third edition of this extraordinary competition. Enjoy reading!

Our journey to Cybathlon started in spring 2019, when Roland Sigirist (Head of Cybathlon) invited Project Circleg for the second edition of its international competition. Cybathlon is a non-profit project of the Swiss Federal Institute of Technology (ETH) that challenges teams from all over the world to develop assistive technologies suitable for everyday use, with and for people with disabilities. The driving force behind Cybathlon is an international competition, where teams from universities, companies or NGOs, paired with a person with disabilities, tackle various everyday tasks, demonstrating the functionalities of their respective assistive technologies. The participants, for instance, need to demonstrate how to tie their shoelaces with a robotic arm prosthesis, balance on rocks with a prosthetic leg or overcome uneven terrain with an exoskeleton. The Cybathlon consists of six disciplines, one of them being the leg prostheses race.

The invitation to the next Cybathlon edition came at a good time for us. The further development of the Circleg prototypes (see story How it started) progressed well and time was ripe for a next challenge, which motivated us to take part in the coming Cybathlon edition. There was no time to lose so we immediately started building a team with amputees and orthopaedic technologists (OTs) while pushing our product development with several sprints. Luck was definitely on our side when we got to know Andre Frei and Beat Schwarzenbach, two very experienced leg prosthesis wearers, as well as Thomas and Martin, two OTs, who joined Team Circleg shortly after. Together, we intensively further developed the prototypes over the following months, resulting in the Circleg Zero, the second prototype series of Poject Circleg. Compared to the first Circleg prototype, the Circleg Zero holds all functionalities of the future product while meeting the structural requirements of a prosthetic system. It is fully adjustable to different sizes and therefore allowed us to train with Andre and Beat for the upcoming Cybathlon prosthetic leg race. 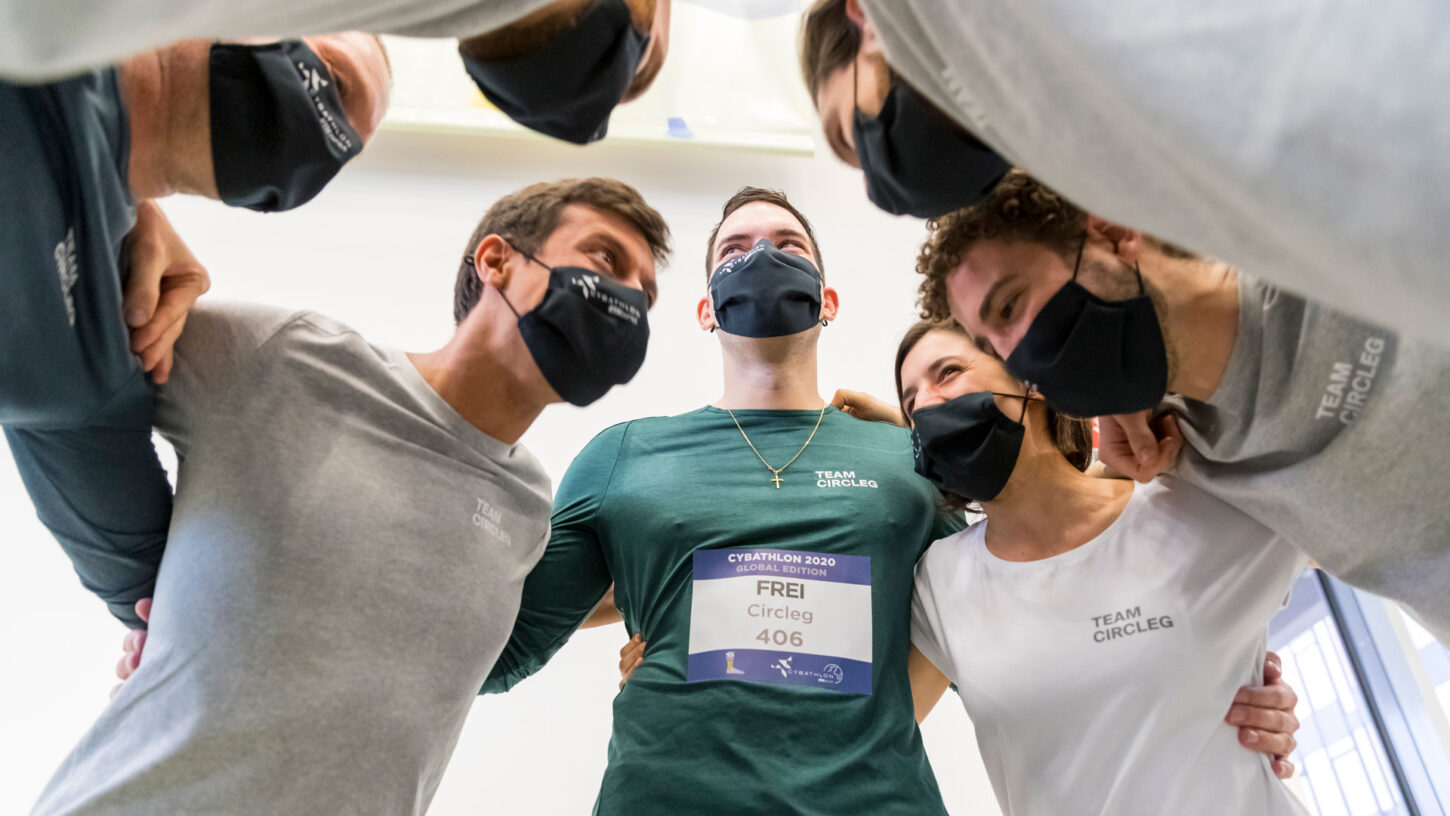 Climbing stairs and overcoming rough terrain with a leg prosthesis

In the prosthetic leg race, amputees (called pilots) wear one or two transfemoral prostheses with which they have to master various everyday tasks such as climbing stairs, avoiding obstacles, or sitting down/standing up. In addition, the pilots have to focus on secondary activities such as balancing or carrying objects like buckets or boxes. This tests whether the pilots‘ prosthetic legs enable them to walk as naturally as possible. The race includes six hurdles, whereby a maximum score of 100 can be achieved if the hurdles are performed correctly. The pilots have up to four minutes to master all the tasks. The graphic below shows the parkour of the prosthetic leg race.

Part of the Global Edition

A total of 51 teams from 20 countries took part in the Cybathlon Global Edition in November 2020. Due to the Covid-​19 pandemic, the teams competed for the first time in different time zones and locations. We as a Swiss team competed in the Cybathlon Headquarter in Zurich whereby the other teams solved the tasks at the same time in Russia, Japan, Poland, and so on. The entire competition was then broadcast online via a live stream so that people from around the world could cheer along with the pilots.

Participating in this international event was an important milestone for Project Circleg‘s product development. We wanted to use the Cybathlon to prove the comfort and functionality of the newly developed Circleg Zero while competing with prosthetic systems from all over the world. The result exceeded all our expectations: Our pilot Andre Frei completed the parkour with the Circleg Zero flawlessly and faster than all other teams winning gold for Team Circleg!

For us, winning the Cybathlon Global Edition 2020 was a great validation of our product development. Compared to other prosthetic systems at Cybathlon, the Circleg Zero is the only prosthetic leg that works purely mechanically. With the win of the race, we were able to show that even with a purely mechanical prosthesis, everyday tasks such as climbing stairs, avoiding obstacles, or sitting down/standing up can be performed without any problems. This success was the result of incredible teamwork, a lot of commitment, and effort. We are extremely proud of our pilot Andre as well as the entire Circleg team. 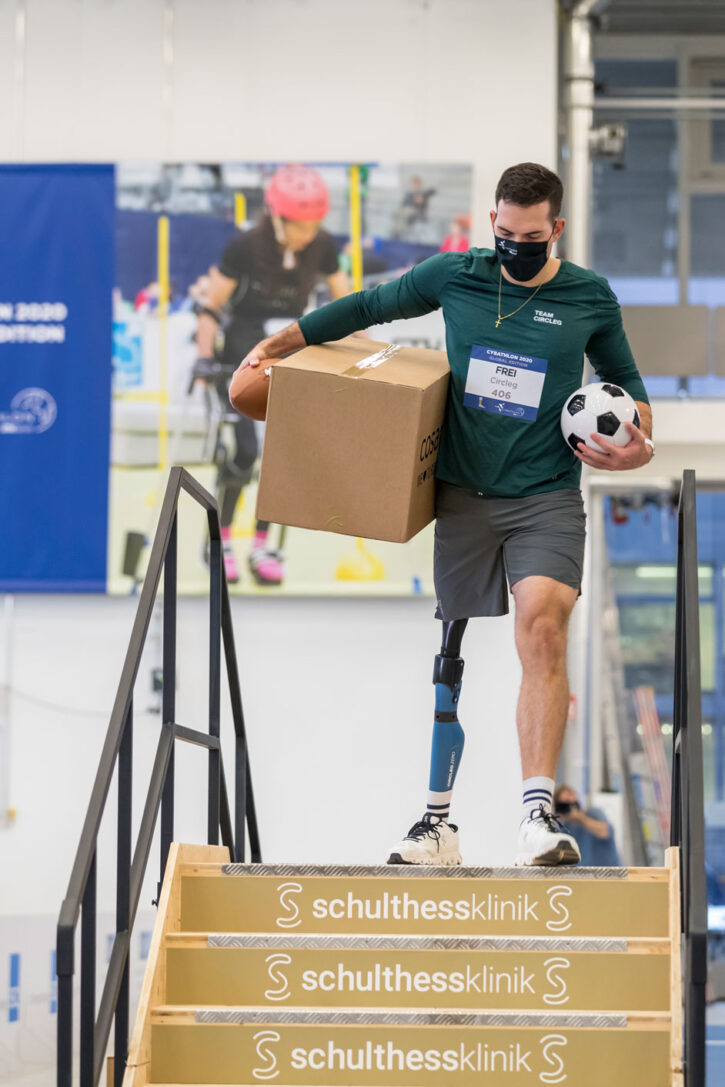 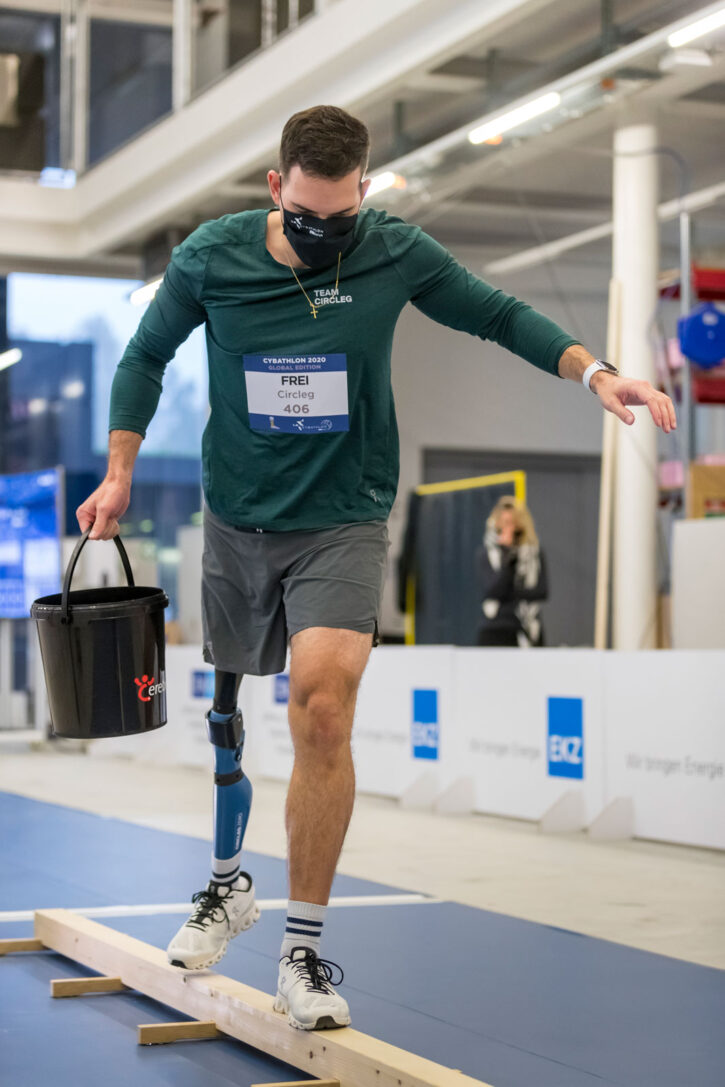 Cybathlon is a constantly evolving project and just recently announced the third edition of its competition. It will take place from 25 to 27 October 2024 again in a global format in Zurich and in local hubs all around the world. On the road to 2024, two more disciplines will be added to the original six: a race with smart visual assistance technologies for people with severe visual impairment and a race with assistance robots for people with severe impairment of the upper and lower extremities.

Let’s see where Project Circleg will be in 2024. Maybe we will participate in the third edition of the Cybathlon and compete with a pilot from East Africa who already wears our prosthetic leg in everyday life. In any case, we look back proudly on the experiences surrounding the Cybathlon 2020 and the victory in the prosthetic leg race. 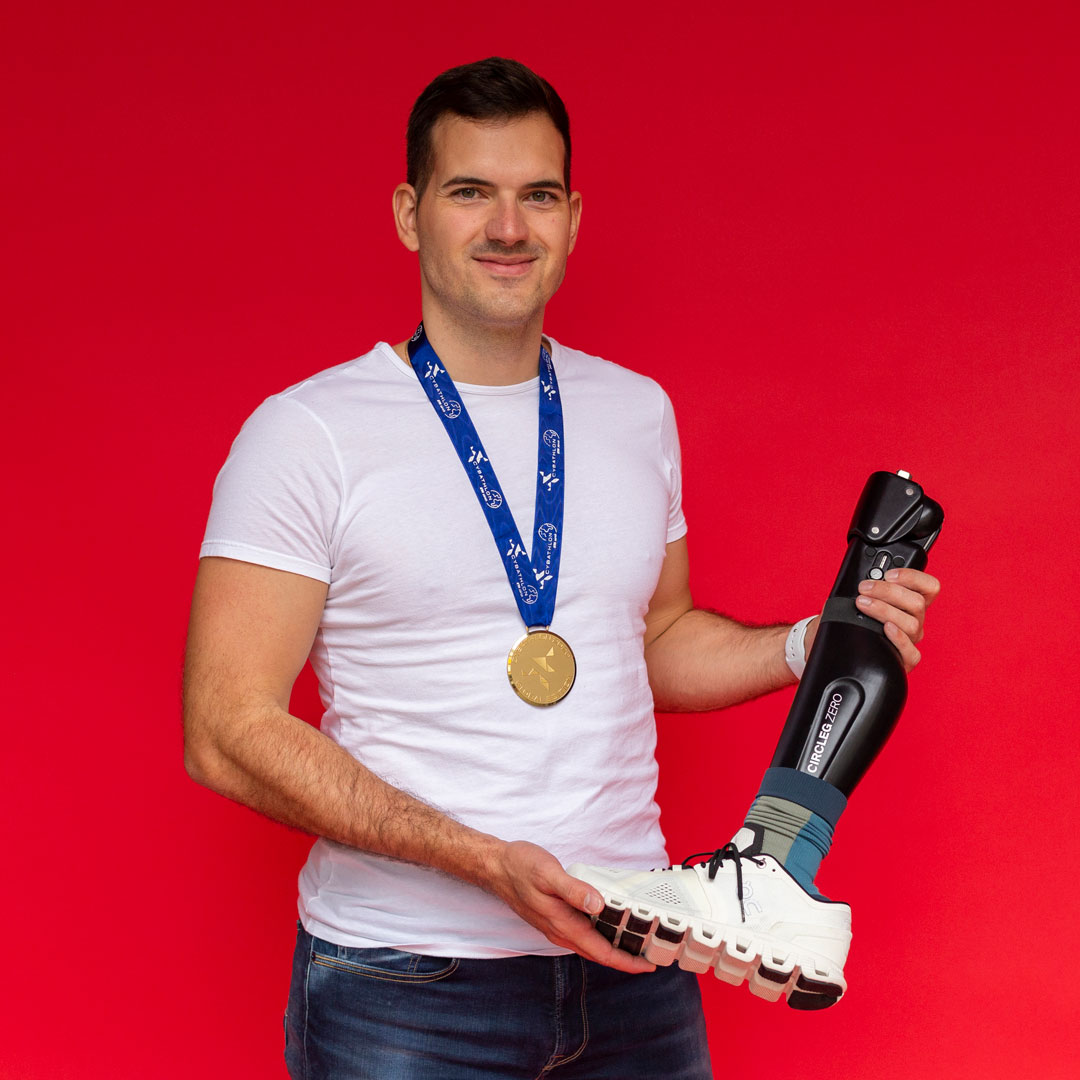 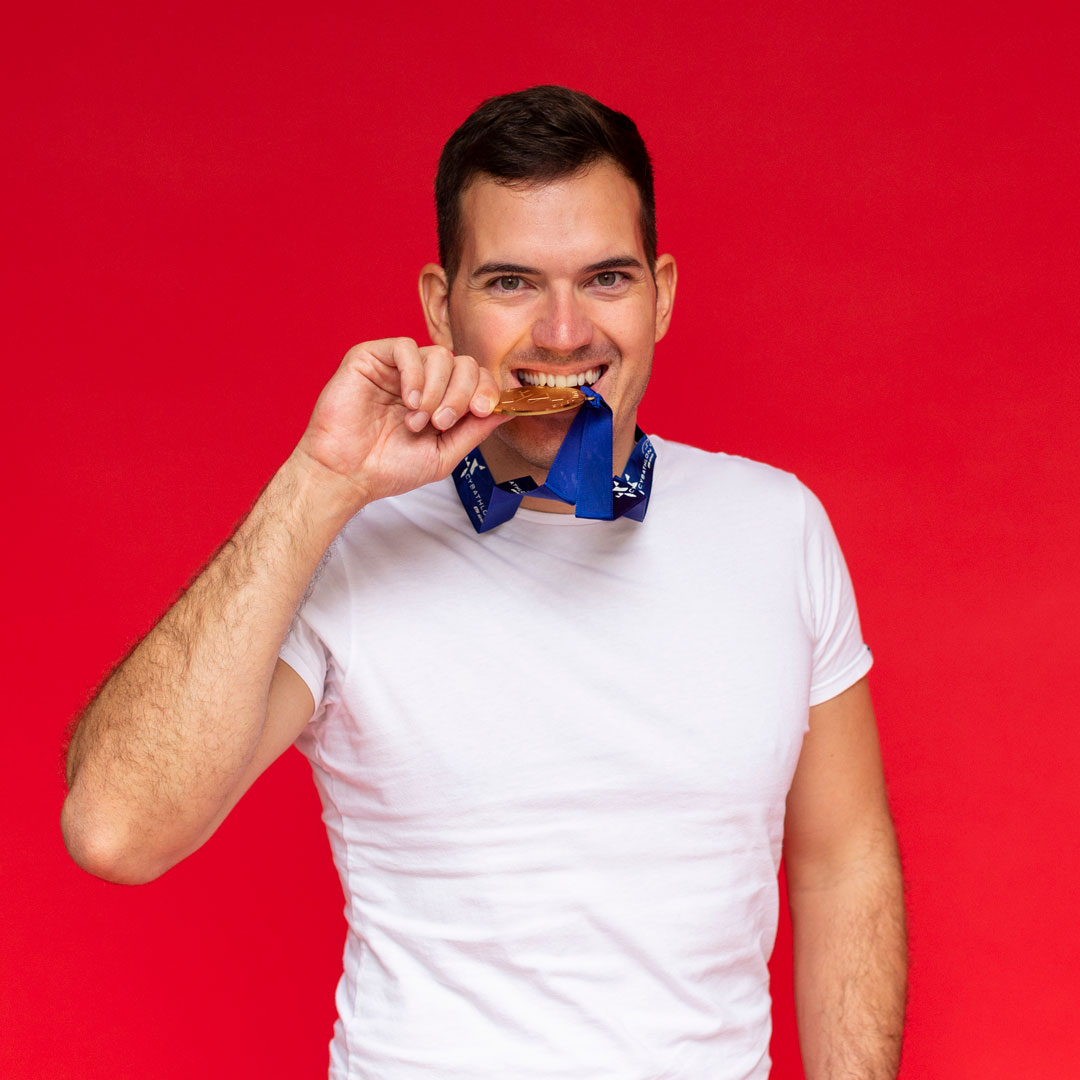